What to do on Inis Oirr
What to see

It’s very hard to choose the best things to see on Inis Oirr (Inisheer). So to make things a small bit easier here is a list of top things to do that we gathered for you. Be sure to check out our Inis Oirr map below to see where these sights are located.

Work on your wellness with Trish Conneely. She is a Lic.Ac. C.Ac.(Nanjing) MAFPA trained with The Acupuncture Foundation of Ireland for three years, and undertook further clinical training at the Nanjing University Second Affiliated Hospital, China, with Dr Gu Zhaojun. T. 099 7512.

Enjoy a nice stay or take a cooking lesson at this Restaurant and Cookery School. T. 099 75073.

St Caomhán’s church (10th -14th century) is located in the island’s graveyard.  Be sure to see these sunken ruins that are truly unique and not to be missed.  Until very recently the Island community used to dig out the sands that the Atlantic winds brought in, almost completely burying the church. The site would have been buried and possibly lost but for this tradition. This is the main burial site still used on the island today.


O’Brien’s Castle, also called Furmina Castle, is an early 15th century tower house and National Monument that you can’t miss when you arrive. O’Brien’s Castle is located at one of the Island’s highest points, in the north of Inisheer. The castle was built by the Clann Teige, a branch of the powerful O’Brien (Uí Briain) family, in the early 15th century around 1400. It was taken by the Ó Flaithbheartaigh (O’Flahertys) around 1582. It was captured and slighted by Oliver Cromwell’s army in 1652, during the Cromwellian conquest of Ireland.


Church of the seven daughters.


The Plassey was a cargo vessel in the Irish Merchant Service, operating during the 1950s. It was built as HMS Juliet, a Shakespearean-class naval trawler of the Royal Navy at the start of the Second World War, and sold into merchant service at the end of the conflict. As Plassey it was wrecked in a storm off Inis Oirr, and is best known as the wreck seen on the foreshore of ‘Craggy Island’ in the TV comedy, Father Ted.


The Inis Oírr or Fardurris Point Lighthouse, is an active 19th century lighthouse located adjacent to the Plassey Shipwreck. The two keeper’s houses are built close by, but the light is now maintained by an attendant living some distance away, who monitors the equipment via a radio link. You can get stunning views of the Cliffs of Moher from this point on the Island.

Be sure to see our Aran Island Maps and other information on what to do on Inis Oirr.

This is Inis Oirr’s Arts and Heritage Centre. It was originally a weaving factory built in 1982 but in 2000 it was re-established as a community centre. They host an artists residency programme for 4 months annually. Visiting artists from all over the world and in Ireland are invited to come stay and create in this beautiful location. You can enjoy a variety concerts, plays, and shows here throughout the year.

Families traveling out to visit their Gael-Goers will receive a special 20% off when booking with Doolin Ferry to Inis Oírr.


Inis Oírr Wild Atlantic Island Run is a 5km & 10km road race that take place yearly on Inis Oirr. The run raises funds for Coláiste Ghobnait, the secondary school on Inis Oirr. This year’s race will be held on Saturday 2nd April 2022. Be sure to register online. T-shirt guaranteed for online registration on or before 11th March 2022

Sail with us on our Express Ferry Fleet. The largest, fastest, and most comfortable ferries from Doolin. Celebrating over 50 years in business! 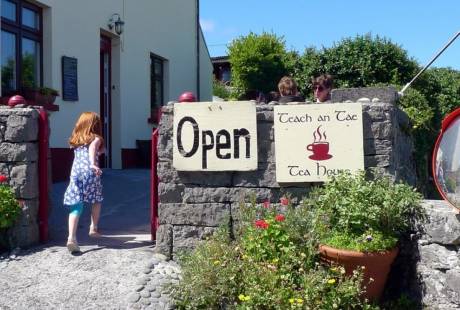 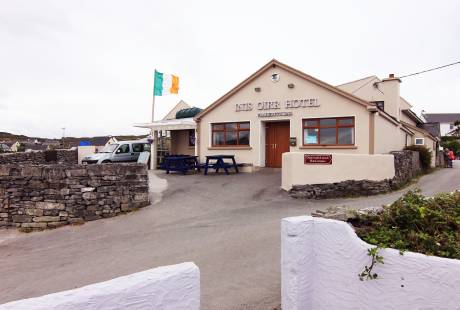