lnis Meáin (Inishmaan) means ‘Middle Island’ and it indeed sits in the middle of the three Aran Islands. There are about 200 people living here today and it is about 4km by 2.5 km in size. This Island has remained the quietest and least visited by tourists throughout the years. It is the picture of tranquillity.

How long is the ferry to Inis Meain?

Sail with us on our Express Ferry Fleet. The largest, fastest, and most comfortable ferries from Doolin. Celebrating 50 years in business! 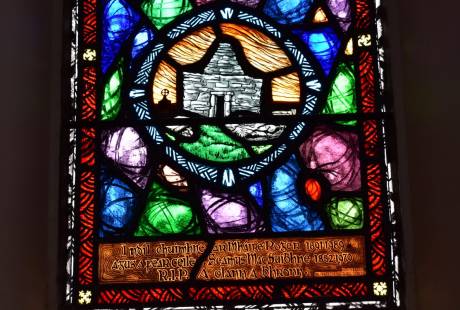 Top things to Do in Inis Meáin 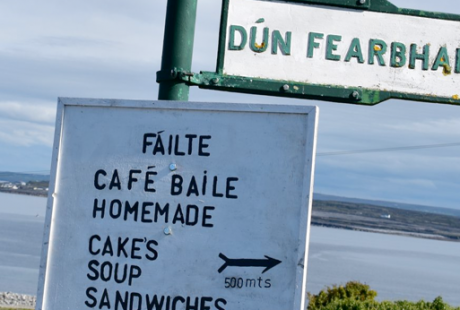 Places to Eat in Inis Meáin 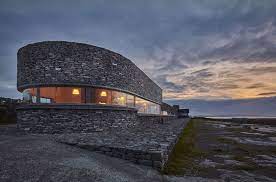 Places to Stay in Inis Meáin 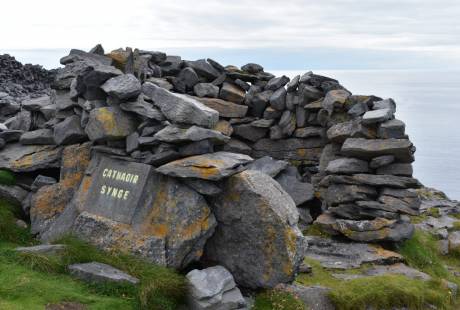 On lnis Meáin you can escape from the modern world. There are over 300 flowering plants growing here from places as far as the Arctic and the Mediterranean regions. The Island is a maze of winding roads, lane ways, and trails that take you around the rugged landscape. A wide variety of nesting birds and natural ecosystems can be found on this serene Island. The main village is located just seconds away from the pier and the beach.

A trip here is a perfect way to experience the unique landscape and culture of the Aran Islands, Ireland. When exploring the Island it’s rare to come across crowds of tourists or anyone at all even in the busy summer months. If you can have dinner or stay at the Restaurants and Suites run by Marie-Thérèse and Ruairí de Blacam you will be in for a treat.

How long do you need on the Island?

You will need a full day or about 4 to 5 hours to visit this Island. This Island is a good size and because there aren’t many tours available you really need a full day to visit. If you enjoy walking and hiking then this Island is perfect for you. If you are not as familiar then a guided island tour is a great option because it will take you around to all the main highlights in good time. So if you plan to cycle be sure to choose your route ahead of time to make the most out of your visit.

Two beaches are located on the Northern and Eastern part of the Island. They are a great spot to relax and enjoy a picnic or swim and the incredible views. Inis Meain was and is still a retreat for many famous writers, poets, and artists. The most famous was JM Synge of course. The lure of island life was a powerful influence on this great Irish writer. The cottage where he stayed and crafted classics has recently been renovated and you can now go in for a visit. Synge’s poems are said to have inspired Harry Clarke’s stained glass windows which you can also find in the Island church.

There are two well preserved forts remaining on Inis Meain. Dun Chonchuir and Dun Fearbhai. Dun Chonchuir is the largest of the two forts and it rests on the highest hill top of the Island. It has an oval shape with high walls making for very dramatic scenery. The walls are even thicker than those on Dun Aonghasa on Inis Mor. The forts were built in the bronze or iron ages and were occupied until medieval times. Dun Ferbhai is located closer to the pier on the south eastern side of the Island. This fort is different from Dun Chonchuir in that it is a more rectangular shape rather than oval.

There is only one pub on the here so it is an important gathering place for Islanders and guests. The Island hosts Irish language and Traditional Culture courses where you can learn about the history and traditions of the Aran Islands. Courses range from music, story-telling and poetry, to set dancing and environmental studies.

You can now also join presenter of RTÉ’s acclaimed nature series ‘Faoi Bhláth’, Aedín Ní Thiarnaigh, on a breathtaking Wildflower Walk on this most remote place of the Aran Islands.

Inis Meain Suites WHAT TO BRING

Our first class staff and crew can help you arrange all of your Island needs. If you require help booking groups large or small, please contact us by phone or email and we’d be delighted to help you. We are the Original Doolin Ferries Est. 1970.

Top Things to do